This year, St. Margaret’s hosted the BC FLL Championship tournament on Feb. 13, 2016.  There were 16 FLL teams and 5 JFLL teams at the tournament. 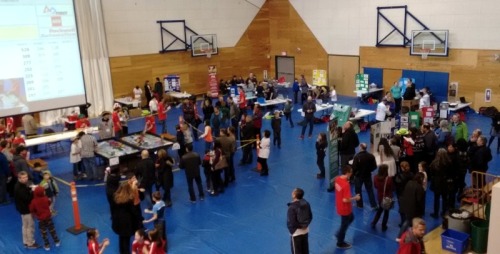 FIX IT team members helped with judging, field reset, and ran the JFLL Expo.  We liked seeing all different ways teams solved the challenges.  It was fun to see all the different attachments that came on and off their robots in 2.5 minutes.

We talked with lots of people during the FTC demo and hope to see many of them at the FTC Info Session at the end of month.

It was St. Margaret’s first tournament as the new FLL partner for British Columbia.  It was a great event, partly due to all the volunteers who helped out at the event.

Congratulations to Debris Dynasty who won the Champions Award, and Green Machine who were the 1st Runner Up.