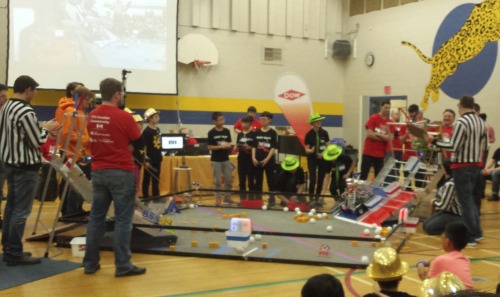 What an exciting day!  All 17 Canadian teams were in Edmonton for the Championships.  Many matches were decided by less than 10 points.

There were hanging robots, but lots of other ideas on how to play the game.  We liked getting to see all the different ideas the teams came up with.

In the finals, we were the second ranked alliance with our partners 10015, Swat Bots.  The top alliance was 5009-Helios & 10544-Cyborg Eagles.  The first match was decided by less than 5 points.  In the end, our alliance won!  FIX IT was the Captain of the Winning Alliance! 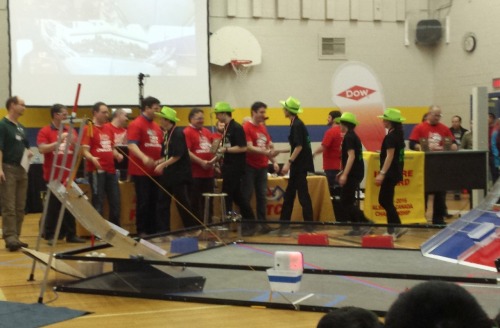 If that wasn’t enough excitement, Helen Leslie and Guy Stoppi were named as the Dean’s List Finallists from Canada!

It was a very exciting day.  Thanks to all the volunteers, judges and organizers.

Good luck to Helios at Worlds!