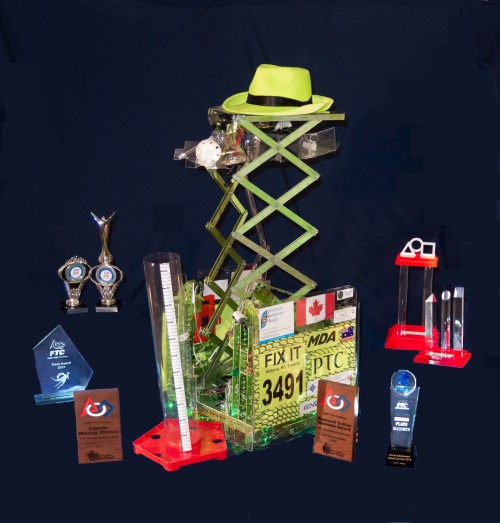 All through the 2014/15 season, Larry worked hard as our competition robot.  He had an amazingly long life, competing at 8 events—starting with League 1 Washington State in November 2014, and finishing with the World Robot Contest in Beijing in November 2015.

From the outset, Larry was known for his unusual way to pick up balls—”The Stomper”—and his scissor lift to score in high places. By the World Championships in April 2015, his scissor lift arms were angled to increase stability and improve scoring.

Larry has been our most successful robot to date, winning 8 awards in 4 countries on 3 continents.  With Larry, our team has won awards for Inspire, Captain of the Winning Alliance, Finalist Alliance, Winning Alliance, Think, Connect and Innovate.   It’s a record that will be hard to beat!

Goodbye Larry and thanks for a great year!