Today was the competition for our FTC District in Washington State. There were 35 teams at the tournament.

We had some great matches with our robot, Lily, hanging on the final rung (as required) in many of them (see right hand side of the picture above).  That’s an 80 point bonus at the end of the match.

Here’s a video of our 220 point match.  It was the high score for the day!

At the end of the qualifying rounds, our team was ranked 3rd on robot scores, and we were picked by the 1st place team, Powered by Goldfish, to form an alliance for the elimination rounds. Unfortunately, we had some technical challenges, so we lost out in the first round.

However, we were ecstatic to win the Inspire Award—the top judged award! Here’s what the announcer read out about our team:

This team’s inspiration reaches communities near and far.  At an event you can’t miss the freshness of their look.  When your robot is lost,and can’t find a path just ask RobotBoy [the software written by Alec and Guy].  The Inspire Award goes to team 3491, FIX IT from Victoria, BC Canada 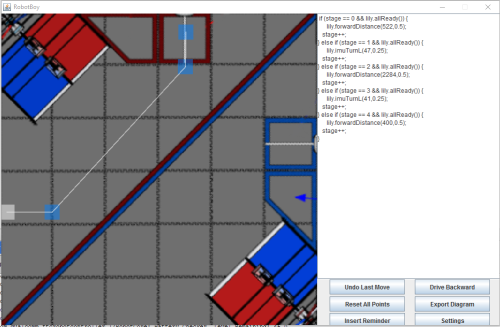 That award wins us a spot at the Washington State Championships at the end of January.

Thanks to the organizers for all their hard work, and congratulations to all the teams!