FIX IT competed at the Washington State Pasteur Interleague event on December 16. It was a great event with some matches having high scores over 400 points. It was fun watching all the different robots and we had fun meeting the other teams. 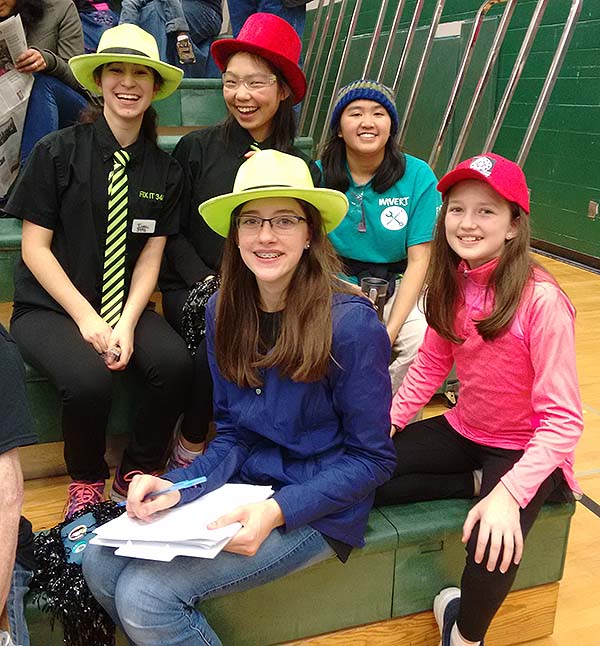 Autonomous ran really well, but didn’t score every time. We saw a lot of teams from the past years, but a couple have changed names.

Congratulations to 11120 CPR – Cedar Park who were the Caption of the Winning Alliance.

We were happily surprised in the judged awards presentation. We won the Motivate Award and we were the second place nominee for the Connect Award. 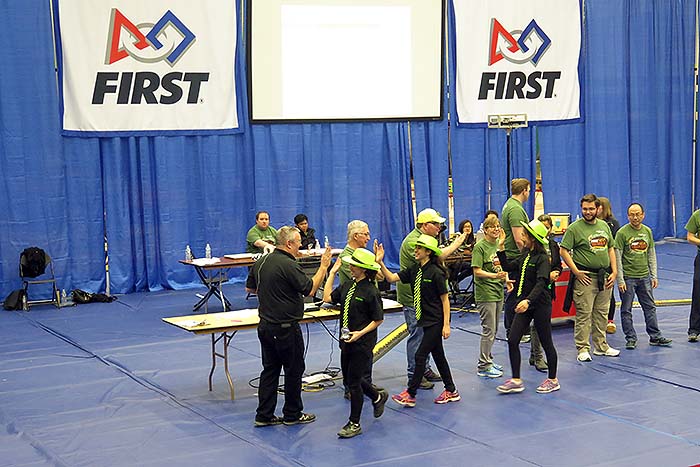 We were also the second place Inspire Award nominee, so that means we have qualified to go to the state championship in February.

Congratulations to the 11104 Bearded Pineapples who won Inspire at the Pasteur Interleague event this year, and were nominated for every judged award.