In the afternoon, all the teams were invited to Dean Kamen’s house for dinner. Even though we had been warned about the grandeur of Dean’s house, we were amazed by the sheer number of gadgets that are displayed throughout the house. It was practically a museum! Apparently, his library has a secret passage to DEKA. Unfortunately, we couldn’t spot it. Dinner was in the hangar where Dean’s Helicopter normally is (it was sitting outside today). 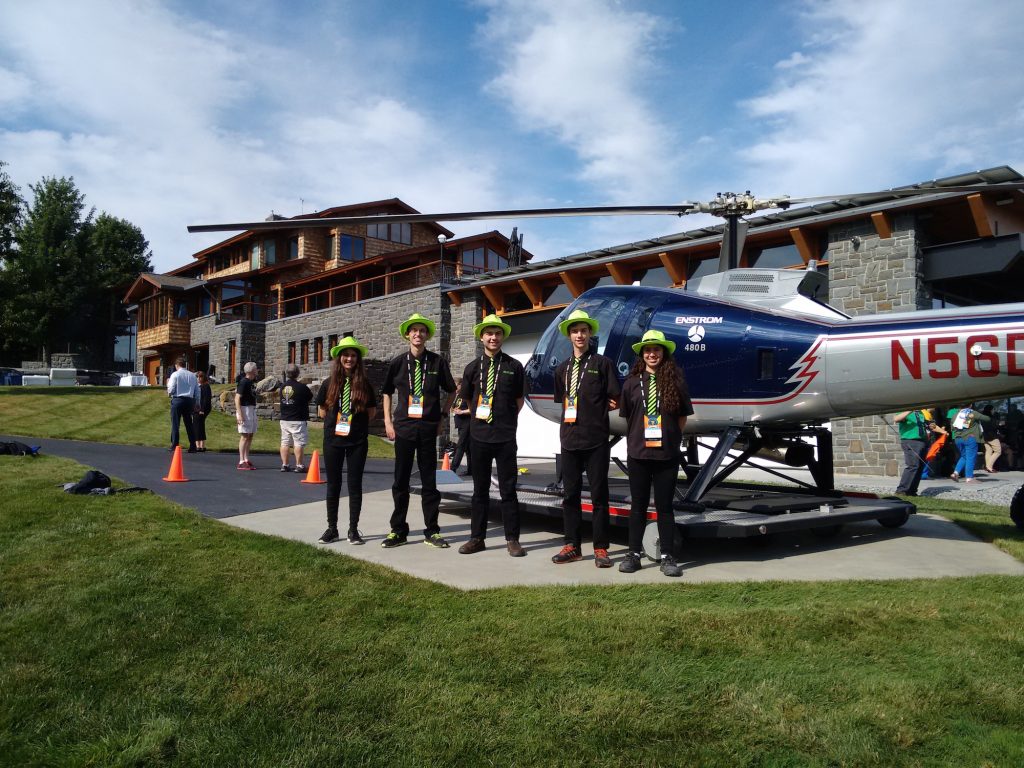 Every year, the DEKA engineers create a cool and sophisticated gift for Dean Kamen. It’s called “DEKA Christmas”! Our favourite gift was a floating light bulb that could still turn on while floating. There was also the “World’s Most Inefficient Orchestra” which super-heated plasma to make sounds, the doorbell rung by electromagnetic cannons, and much more.

After the dinner, we went to Mel’s Funway with Combustible Lemons (the St. Louis Inspire Award Winners). We ended up spending four hours there and had an amazing time. Go-Kart racing was our favourite activity and, due to some excessively aggressive driving, we had some exciting crashes. Laser Tag was a free-for-all blur of fluorescent lighting and fun shootouts. Thankfully, in between the intense activities, we played a few rounds of Mini-Golf.

Tonight was a great way to end the Festival of Champions.