Today was Tiara Friday, so everyone wore tiaras on their hats. Helen and Guy, since they were attending the Dean’s List Lunch, drove for the first match. Unfortunately, the phone on the robot controller crashed, most likely due to a motor controller returning bad values. We mistakenly thought this to be a fluke. During our last match of the day, that motor controller disconnected, not allowing us to use the arm properly. Clearly, we’ve now replaced that motor controller.

After the matches, we attended the Innovation Faire. We had a lot of fun and got to check out lots of great companies (e.g. PTC, Qualcomm). Some of our team members got to race “brush bots” (robots that consisted mainly of tooth brush heads). 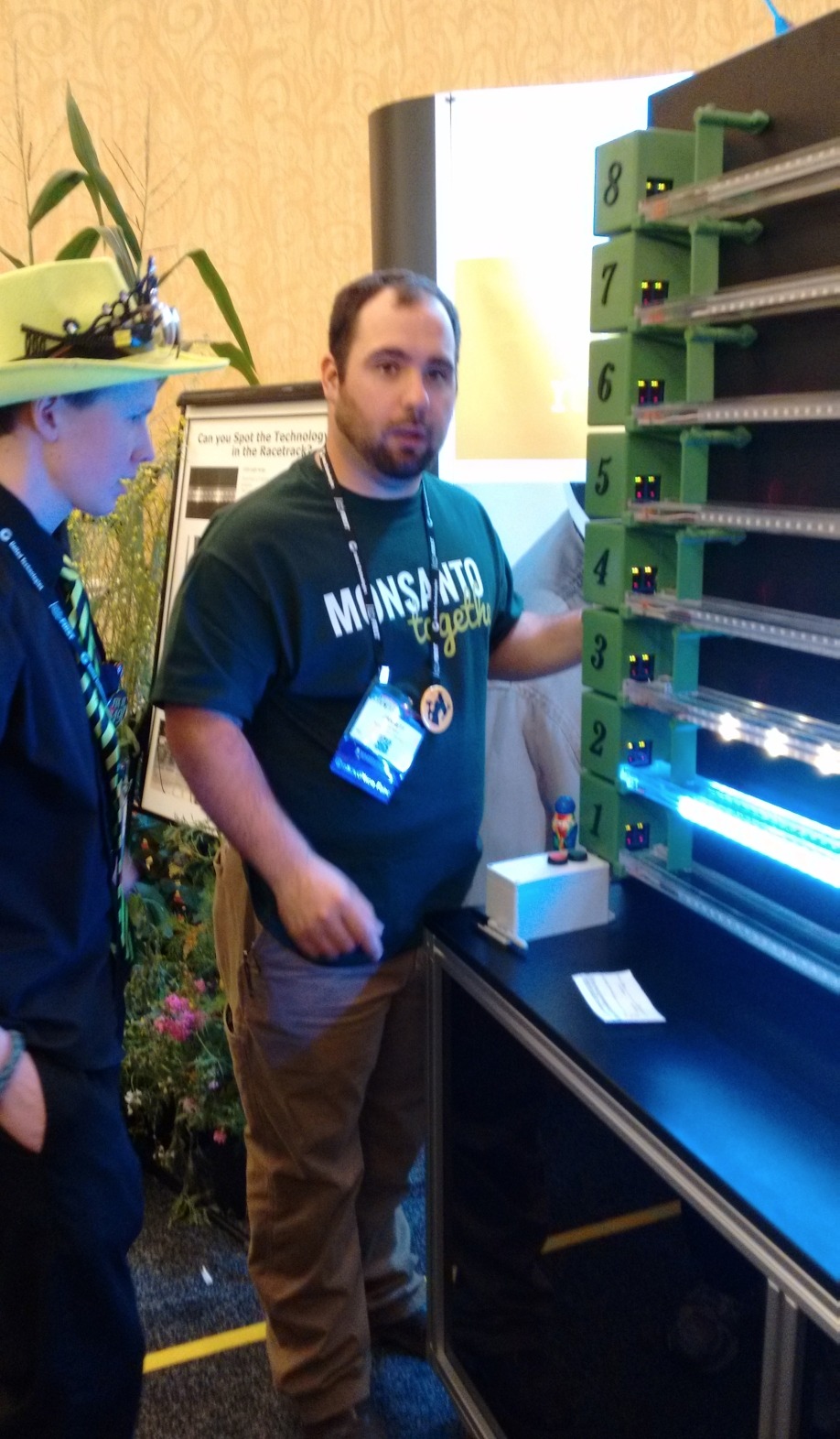 Later, we attended the Awards ceremony in full formal dress, which was lots of fun. The team had secretly nominated Christine for the Compass Award, so we were all crossing our fingers during its presentation. Unfortunately, we’ll have to wait for next year for Christine to win.

Later, we discovered we were nominated for the Control Award! This is surprising as our Autonomous had never worked in a match. We’re very happy about ranking in the top 6 teams in programming in the world!