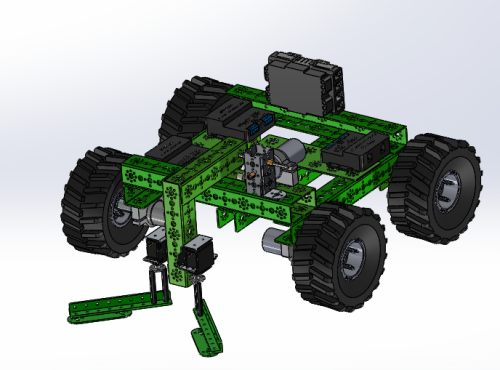 Alec and Guy have been working on the robot for the demonstration at the Prototype Equipment Design demonstration later this month (July 24).

Using the same chassis as at the GottaCon Convention with all-terrain tires and an arm on the worm gear with two servos that can pick up racket balls, or blocks. It has the ZTE phone mounted at the top of the arm so that we can stream live video between the two phones. We can get people to try and pick up balls without being able to actually see the robot. 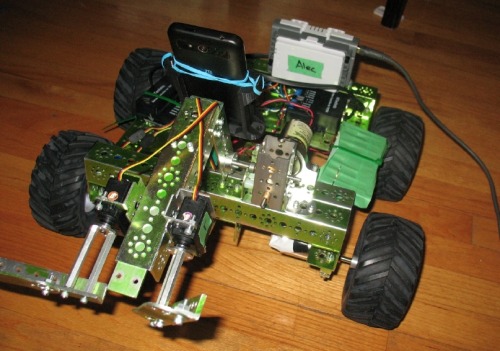