Today, the team had six matches. We won four and lost two.

The good news is that all the matches were tough, that means we have lots of ranking points.

All 64 teams in our division will play 8 matches. It’s 2 points for a win, 1 point for a tie and 0 points for a loss. So all the teams with four wins have 8 Game Points. Ranking points are based on the actual score of the losing teams.

Now we just have to see what happens with our last two games on Friday.

Our complete match schedule is on the main Saint Louis page.

A lot of time is spent queuing for matches: 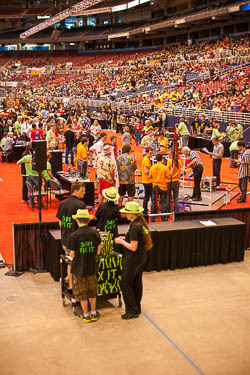 Here we are scoring two rings on a high peg: 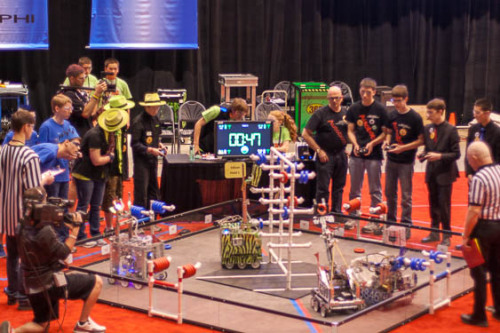 Here we are scoring weighted rings in the corner goal which we were doing in every match. One of the few teams to do that: 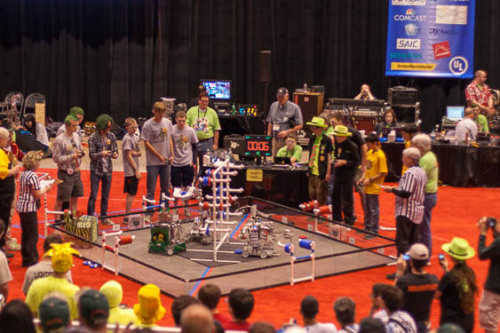